Next popular festival with a programme:
Fuengirola Fair. From 6th October to 12th October. Fuengirola (Málaga)

The Cascamorras is a festival that takes place in Spain, in the province of Granada. The cities of Guadix and Baza are located there, which every September 6th make a popular party where approximately 20,000 people from different parts participate, who during the celebration make a tour of the streets covering their bodies with black paint and whose objective is to dispute the statue of the Virgen de la Piedad.

¿What is the origin of this festivity?

The origin of this festivity begins in the 15th century in the town of Baza, when a worker named Juan Pedernal found the image of the Virgen de la Piedad buried and when he was on his way to Guadix, to deliver the image, he was surprised by the villagers, who took it from him, considering it a robbery.

Once he arrived to the city with empty hands, the enraged community decided to punish and persecute the inhabitants of Baza.

Fortunately, what started as a struggle between residents of the two different regions in Granada, ended up uniting all the inhabitants and from that moment, the fervor and celebration of the Cascamorras festival began, an event that takes place from September 6th during the summer time every year.

From 2013 it was declared a Festival of International Tourist Interest, however, for its inhabitants, it must be considered by UNESCO as an Intangible Heritage of Humanity.

¿What does this celebration consist of?

This popular tradition that is celebrated for three long days consists of a race, where the Cascamorras wearing a jester costume, moves to the province of Baza and bypassing a series of obstacles will have the opportunity to rescue the Virgen de la Piedad of Baza.

To do this, he must avoid that during the dispute with the locals his body is stained with a black paint and if he does not achieve this, he will return to the province of Guadix on the last day of the celebration, where he will be received by the inhabitants and as punishment will return to throw more paint on him to smother him.

This picturesque and friendly celebration brings together a large crowd from different parts of Spain and other countries, which has allowed this festival to have a great impact, which is currently considered of International Tourist Interest.

¿What to do and what places should you visit in Guadix?

There are many things you can do and places that you can see when you come to Guadix, since it is a beautiful city in Spain that has historical and very emblematic places, as well as excellent gastronomy.

In Guadix is located the Roman Theater, a true tourist attraction, there is also the Cuevas de Guadix neighborhood, considered the largest in the world, with 200 houses, fully inhabited and where is the so-called art cave-museum.

We also recommend you to visit other places such as the Train Station, the Arco de San Torcuato, the Alcabaza de Guadix, a national monument or the Cerro de la Magdalena Viewpoint. As for gastronomy, it is very varied. It is estimated that there are about two hundred dishes according to the book entitled "Olla de Guadix". Among them is the pig, the rabbit and its companions, the peppers and the sweets with a great tradition in the region.

From 3rd October to 11th October
Alcalá de Henares (Madrid)
The Cervantina Week is a very special occasion, since it is about paying tribute to the writer Miguel de Cervantes, one of the most important literary figures in Spain and who left a great legacy for humanity.

From 4th October to 12th October
Lugo (Lugo)
In October, one of the most beautiful and colourful festivities of the Galician autumn is celebrated. We invite you to discover the festivities of San Froilán, the patron saint of Lugo.

The First Cutting of the Honey in Ayora

From 7th October to 9th October
Ayora (Valencia)
At the beginning of October, the Valencian town of Ayora celebrates the Primer Corte de la Miel, a gastronomic festival with many activities for all ages, based around its star product: honey.

The festivities of Pilar

From 8th October to 16th October
Zaragoza (Zaragoza)
The festivities of Pilar takes place in Zaragoza, to honor the Virgen of the Pilar, patron saint of this city. It is a traditional festival that begins on October 12th and lasts for a week.

From 8th October to 18th October
Jaén (Jaén)
The Jaén Fair takes place in the middle of October, in honour of St. Luke, a week full of fun and relaxation for the whole family: live music, stalls and leisure activities.

The weirdest and strangest popular festivals 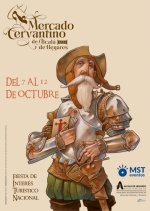 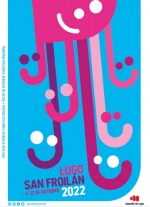 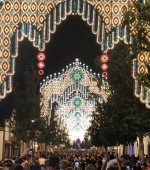 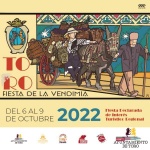 The First Cutting of the Honey in Ayora 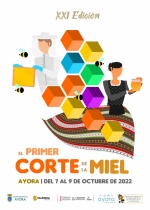 The festivities of Pilar 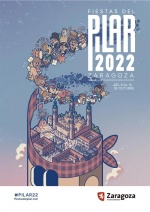 Entrance of bulls and horses of Segorbe

Moors and Christians Festivities in Villena